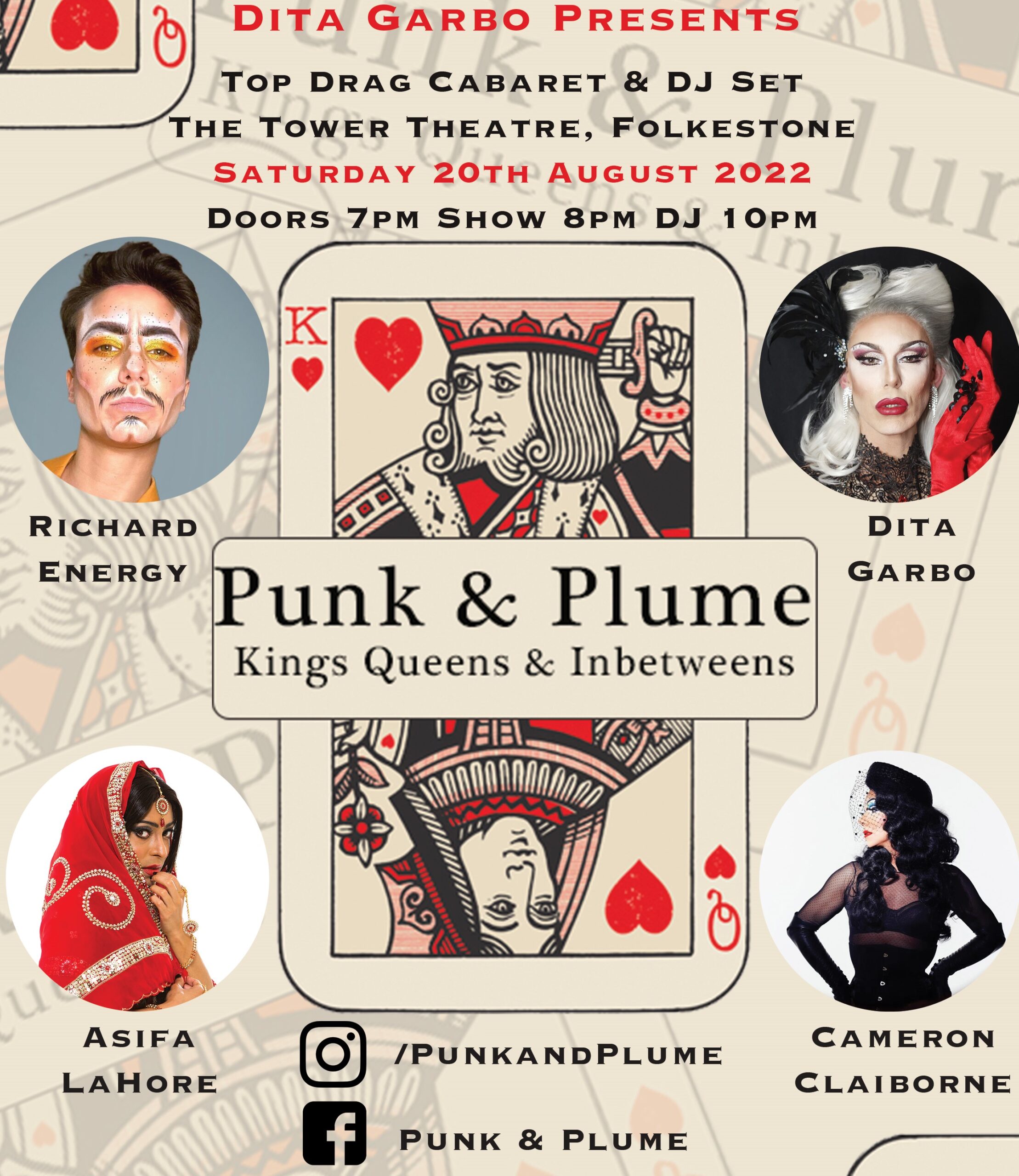 Enjoy an evening of top drag cabaret, hosted by the fabulous Dita Garbo, featuring a variety of acts to entertain and delight, topped off with a DJ set to

Enjoy an evening of top drag cabaret, hosted by the fabulous Dita Garbo, featuring a variety of acts to entertain and delight, topped off with a DJ set to dance the night away. Guaranteed to be a night to remember!

Host & producer of Punk & Plume. Dita is a Drag Burlesque, Dancer, Performer & Showgirl. Performing & hosting in London and the SE. From mesmerising feather fan routines & striptease, to lip sinks dancing the house down. Dita knows how to perform and welcomes you all in. She’s an icon darling.

Drag King of comedy Richard Energy performs stand up and silly surreal characters. Their sets and shows never fail to have you rolling in the aisles. Having recently appeared in London’s west end production of Death Drop at the Criterion Theatre. We are so excited to have them perform and you will not want to miss this.

Britain’s first out Muslim drag queen, pushing the boundaries of what it means to be LGBT, South Asian and Muslim. Asifa featured in Channel 4’s groundbreaking documentary Muslim Drag Queens in 2015. Her musings on world events have been featured in Winq, Attitude, Gay Times, The Independent and IB Times as well as being featured and interviewed for countless publications worldwide. We are delighted to have Asifa return to punk & plume, and you will be too.

A Chilean award winning female impersonator, Miss Cameron started her drag career 20 years ago as a pageant queen, now based in the UK. She is a fearless burlesque performer, with no inhibitions or shame at all. We are thrilled to welcome this impeccable queen back bringing elegance and class. 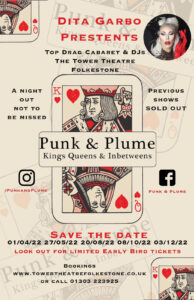 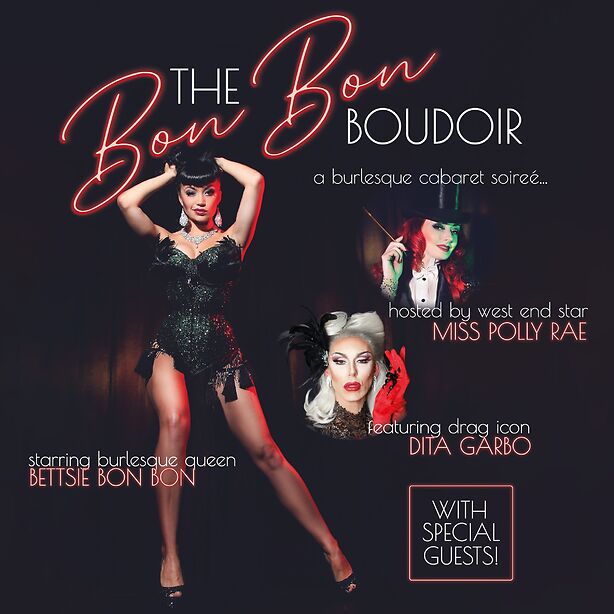 A cabaret, burlesque and drag extravaganza, expect the unexpected as we bring song, sass and sauciness to your Saturday night!

Famed for starring in some of the most successful cabaret shows in London (The Hurly Burly Show, The Soho Burlesque Club, The Service at Café de Paris, and The London Wonderground) this is a real treat to see Miss Polly and Bettsie Bon Bon in such an intimate setting as well as another opportunity to catch the delights of the star and producer of the Tower Theatres ‘Punk and Plume, Dita Garbo.

With glamour, giggles, feathers and a few special guests along the way, these international cabaret superstars invite you to an unforgettable immersive experience.