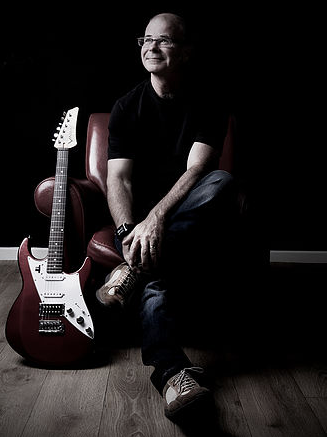 Headliner – Andy Askins
Since becoming a full time comedian back in 2005, Andy Askins has built a reputation as a distinctive and original talent, and is now a highly sought-after headliner at all the major UK comedy clubs. He has previously had the honour of working with Michael McIntyre, Lee Evans, Jason Manford, Alan Carr, Jimmy Carr, Micky Flanagan, Harry Hill, Rhod Gilbert, Bill Bailey and Jack Dee, to name a few stand-up luminaries.

Andy has an expertly crafted routine littered with an eclectic mix of offbeat original comic songs and parodies. With a wickedly dry sense of humour, Andy’s darker material is sweetened by his innocent and impish demeanour which never fails to leave audiences in the palm of his hand.

On TV screens, Andy had performed on The John Bishop Show, Comedy Central’s The Comedy Store, and two series of The World Stands Up, also for Comedy Central.

“Andy Askins is one of my all time favourites” Jason Manford

Opening Act John Newton
John began his comedy career in 2003. A stalwart of the circuit, he fast became known for his inventive writing, covering a wide spectrum of subjects from the surreal to the hard hitting. He’s played all the big weekend clubs including; The Glee Up the Creek, Frog & Bucket, Jongleurs, Komedia and The Stand. John works with the best Promoters in the UK and is also a veteran of the Cruise Ship circuit, having played over 50 cruises.
‘John Newton does not require gimmicks or stage characters as he has something more valuable to any comedian, brilliantly crafted original jokes’ –funny.co.uk

Kathryn Mather
Mather was described as “dark, sharp and largely unprintable” by The Oxford Times, “a revelation” in a 5 star review from the Wee Review, and “very funny with a distinctive comic voice” by Nish Kumar. She won Amused Moose Breakthrough Act 2020, came 3rd place at the Leicester Mercury Comedian of the Year 2019, won South East New Comedian 2018 and the Frog and Bucket World Series 2017. She has been tour support for Kiri Pritchard-McLean for the past 2 years, and hosts Zero Hours podcast.

Josh Baulf
Josh Baulf is one of the fastest rising stars on the circuit. He was the Get Up Stand-Up 2019 Winner and the Leicester Square New Comedian 2019 Runner-Up. In 2020, he reached the semi-finals of Britains Got Talent, a performance which has earned great attention online.
‘A cross between Micky Flanagan and Russell Howard’ (Chortle)
‘A very funny man with a big future’ (David Walliams)

Tickets £18 | Doors from 7pm
Strictly over 18s only. All acts subject to change. Unreserved seating

Book online
The Importance of Being Earnest